APOLOGIES ABOUT UPDATES NOT UPDATED

I’ve basically been on my back the last few days with hipflexor problems plus sciatica and bruising from the treatment, I can hardly walk but getting better, slowly. Bet 365 have advised me that I have made a profit with them for the past year of 4.3%. That’s not to be sneezed at, although to be honest , I have been doing a lot of that lately too. I seem to sneeze when I move from one room to another , for example, when Ros has the air conditioning on and I move to the office and vice versa.

Anyhow, so far just a couple of bets this week apart fro Darwin which was a winner as usual (we had two runners equal in the first race) but the from from that meeting may not hold due to the state of the track, yes even dirt tracks can be off due to weather conditions.

My best today is Scone Race 8 13 What  A Peach. The barrier draw of 10 probabaly insures that it will be slightly in the black but with 3 good places in the first prep, is on song to take out the maiden today. She has speed to burn but can come from behind too.

Anyhow, yesterday is probably the worst day I have seen for a while with both Amelias plan and the market 2/3 Plan, failing badly. You could not have won at any stage with yesterdays results. Luckily we reckon there has been enough fat in both plans over the past few weeks to cover it.

Have a great day today. I see my amazing Chiropractor on Tuesday , he is actually much more than that, and I am sure he will help me recover now that he is back from a break.

For those of you who were in the Gold Club, our former filly Tarabai has a yearling in Februarys Inglis Sale and is looking great. She also has a filly foal which has had a bowell problem which is being rectiifed this week. Hopefully she will fully recover which is expected  and be there at next years sales. 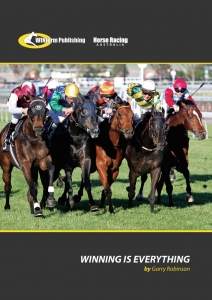