I did have a good day Friday. I bought two blocks of land one street back from the waterfront with the proceeds of my sale of my Raffertys Property. Several hundreds of our Members have attended our Winform Professional Seminars there and have had a great time learning and mixing with like minded people. It was always a very congenial atmosphere and we won money as well.

I also had my best punting day for a while for two reasons. Firstly I had three wins and two places from five selections with Premium and Hotshots etc. and also I have 8,000 shares in Points Bet which went as high as $16 yesterday before settling back at $14 . They cost me less than $5 so at the very least a gain of $72,000.

I wont sell though as it looks like they are bin the box seat to win 10% of the USA market as they are now PART owned by NBC Sports (who have 5% of the business) under a  5year exclusive deal.

Anyhow today you can view the Youtube video to see my Caulfield Preview and I have now rerated Regal Power in the Memsie as last start was not himself and if he gets back to his best will be hard to beat but it IS the hardest race of the day. You could almost throw a blanket over them. 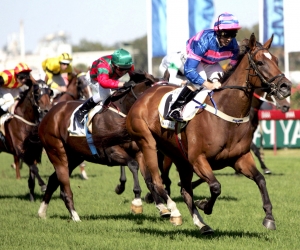