That appears to be the new deal at Bet365. If so it’s a good deal. The 5% is only on the profit so if you make $100 at mid tote they give you $105 and it seems to apply to all Australian gallops races. There are other changes but I am unable to work out what they are because they seem to be the same as before, although they do specify the SP as what Dynamic provides. As far as I know they are still the suppliers of the official starting prices to Australian race clubs.

Last month our Bet Group at Winform Daily Mail had 31% winners at a slight loss of 4% although no all selections would have been bet and in any case subscribers report they made a profit with Money Factory anyway. Powerplay users would have been very happy in July I expect, certainly haven’t had a single bad report on that option.The place was -7% and that is because our results show just NSW place dividends. I imagine mid tote plus 5% would have turned that into a profit and also the win side with vicbet.com would have made a win profit using Best Of The Best.

Just backing the maidens, for example resulted in a 37% win and 44% profit on turnover. Best Bets had less than 10 selections so that fact only 3 won is a very minor concern over that very small sample. 9 runners placed which shows how easily that could have turned.

Premium had 44% winners and 70% placed but some very short priced winners and we can’t control the prices, just whether they win or not.

The Bolter had two good winners and healthy profit and we’ve started September with one from one @ $5. Nice profit. The Winform Top Two averaged 34% collects and $5.51 av dividend while HR2D lagged behind last month with just 42% wins (normal 44%) and av div $4.17 which is actually a bit higher than average but not enough to make a clear profit, however whoever suggested you could back two horses a race every race everyday and make a clear profit from that has rocks in their head. The higher av div could have made a Money Factory result a bit better. 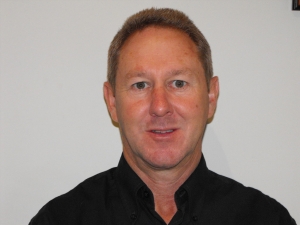 By the way, Greg Horn always got his very best results during the Spring Carnival. His book is on sale at the online store.