my chiropractor is amazing

Yesterday I renewed my acquaintance with my Chiro Peter after his holiday break and walked out feeling 100% after spending the past three weeks awkwardly (could not sit comfortably and could not exercise) . I missed some great sailing days too but while managing to get my bets on I found that uncomfortable the last week but yesterday restored most of the balance.

All plans have their ups and downs but Amelias plan came back as did the Market plan, and yesterday, by coincidence, both plans found the winner of the first race of the day.

The stockmarket has been disastrous for me but has improved this week,a bit only. I am still well ahead of June 30th 2020 but currently behind June 30th 2021. Plenty of time left, I hope.

I have a biopsy next week on that most tender part of the male body and heres hoping. So many of our Members have encountered the big C and most have survived to punt again.

One client recent;y had  a double hip replacement and so spent his recuperation period punting from his hospital bed. Im pleased to report he is now back to bowling golf and tennis just days after being allowed home.

Anyhow, we have managed to come to what is usually the worst day of the week, Wednesday, as we have mid week Metro meetings featuring wildy varied fields of runners fromvall parts of the respective States making it difficult to line up the form. 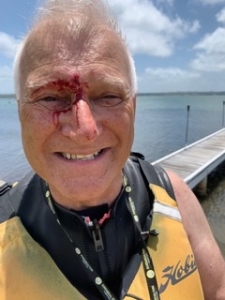