Hi mate, don’t know if you’ve been following the new qualifiers today or if anyone

has contacted you, but they have been on fire today, multiple double figure winners

and many smaller ones, powerplay can’t get out of first gear!

It hasn’t been just today either, last 2 weeks since I took up Rod Cleary’s 50% bonus

I’ve been putting them all through him and have won 2500 bucks from vicbets Best Of The Best, and I’m

only betting small. I’ve spoken to him a few times and he seems like a nice bloke, maybe I should

start betting with some of corporates that owe me lol.

Greg’s the long term punter referred to in the recent Newsletter with his “Second Best” system in the magazines system competition back in 2010. As a grounded Uber driver (due to the pandemic) he’s been punting virtually full time since and now uses the Winform/GTX program to get his selections. Cost was only $895 for first three months and $195 monthly after and as you can see , with only relatively small bets, is making many times more than that.

As usual we appreciate the feedback from Members and I might add Peter, a long suffering Melbourne Demons supporter, is doing the same as Greg and has also introduced his own brother to the plan as he too continues to motor on with a winning punt.

Sadly, we have ongoing commitments which only allow us to make a few set bets per day which as reported have been going very well so it was disapppointing to see tow out of two lose yesterday. And in a weird twist, I was right about the nominated runner. The Last Start 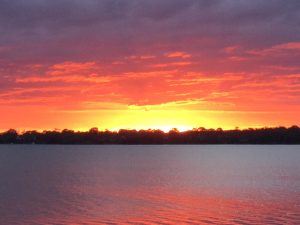 Winners GUide said it was a lay bet and it was. It never got warm.

I woke to another beautiful sunrise today so hers hoping for a great day. Its Balaklava Cup Day

Its Balaklava Cup Day and we often have great results in this race but this year it looks really hard.

I have to add 2 Savatoxl which is mainly a dirt track galloper but with a firm surface and Jason Holder on board it is a place chance at least.

I will probably look for a Qunella /Trifecta strategy and hope for the best. Be aware that McEvoy has 5 starters in this race including the 2,3 and 9