ONE WINNER ONE 2ND NORTHAM WILL BE VERY WET MURWULLIMBAH OFF

John Furgal had one bet for one winner yesterday and today one bet for a 2nd. 100% places …easy to find a headline hey!. Tough for me. My Daily Features have been a big miss lately but the wins will come and probably when you least expect it.

I’m off to Burnie Tasmania so Ill pack my woolies, its expected to be around 2 degrees at some stage and lucky if the sun stays out it might hit 12.

Talking of Woolies, it looks like they will hive off their liquor and hotel chains and their massive number of pokies. They are one of Australias biggest gambling companies. Family friendly they say. But they want out to avoid criticism and also to collect the big bucks from selling it all off.

That’s so they can do what they do best..selling dead animals to real Australians according to the vegans. Although they do also make somewhat of a killing selling vegetables which have their own problems what with fertilisers and land clearing and so on. Next thing you know the greenies will want us to stop exhaling to reduce carbonising the atmosphere. It’s all about perception in the end.

I prefer to think of myself as an investor even though my latest investment is a bit of a gamble. I bought a stake in P2P. They are the people who own the ads you see on the back of Cabs, in fact they run one of the biggest cab , Uber and Hirecar networks in the country, over 2600 vehicles all up. Problem is that their ads started frying due to a software problem, think a million dollars worth of problems, and their shares fell from $1.20+ to as little as 13 cents. It will be a long haul but I took the risk and once it all gets back on track, they should be back into a profit next year when a dividend of just a couple of cents represents a 10% return per year to me. My risk but a calculated one.

One of Australia biggest companies is Aristocrat Leisure. I could be making a big profit with them but I have an ethical problem with the fact that they are one of the worlds biggest suppliers of poker machines, aka, profitmaking dynamos. Nobody has any chance at all of beating them, no amount of skill or research will alter your chances. Its thinly disguised as entertainment but our goverments live off them. At least with the Racing skill and research and form analysis can give the avid punter an edge. LOve to hear your commenst on this 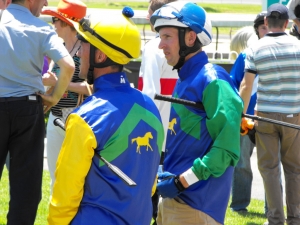 so true the pokies…

Don’t worry about the CO2,it’s only 1/5 what it was when the dinosaurs roamed the Earth,didn’t do them any harm.We should be worried about all the other pollutants