Yesterday was a great day for our regulars but the week other than that was poor. Amazingly we had 50% + winning races and some very good dividends. The Market plan was in tatters yesterday. but not everyday is a good day, we already know that. It is one reason why we sent out the Professioanl Staking Plan to every reader this week.

A few people got it wrong, thinking that we were promoting a plan, we’re not. The PSP plan can be applied to any selection plan. The beauty of it is that if you have a bad run , first of all you are only using half your bank and at worst you get to bring in your reserve only if 50% of your starting Bank is lost. Instead of losing the lot in a hard run on a $10,000 Bank would only lose $2500 maximimum.

Since 1st August 2021 I have doubled the initial Bank ($150 a selection and now $300) but because of the limited number of selections I have now restarted at the original level as the New plan I started  in August has been consistently successful and now I will be able to double the number of selections and raise the size of the new plan (previously it was level stakes at $100 but clearly the PSP will allow me to leverage the whole thing.) Yes if both plans have a losing run it would be a worry but then the reserve is always there to save it and on a winning run (Plan B finds many above average priced winners up to $30+) profits will flow in in a real rush. 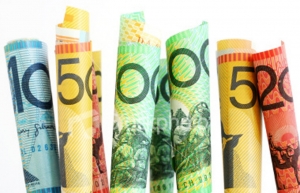