PROGRESS HAS BEEN MADE: COUNTRY RATINGS UPDATED

We’ve trawled through the last 5 years results for our ratings, as that is the time span since the current track rating system and whip rules have been in operation. The data then is fairly reliable. Where it is not reliable is where we have just small numbers of runners to chew through e.g. some tracks only race a couple of times a year. In the main we wanted to see hundred of races at each venue and in some cases it came to thousands.

In a nutshell we improved our top two to an average 20% win rate so where there were two eligible selections that ups our strike rate to 40% from 33%. That’s significant. We also adjusted and left out those venues that produced low prices so we ended up with an average dividend of $ 5.47 , a clear profit.

We could have boosted the figure a lot further but on balance decided against it. Runners which got their qualifying runs from Newcastle, for example, had a very high future win rate BUT a much lower win dividend which shows that the bookies respect the form there.

The lower dividends come mixed with higher dividends from other venues so we maintain our high strike rate to reduce the run of outs.

SO…once we know this info what do we do with it? The answer is simple, we use the Winform Powerplay software to process it and it works a treat. The new process will be revealed in full in 2020, probably by February. Til then just play on for now with the many successful Winform strategies.

Todays info will take a lot longer than usual, first ratings after scratchings will be posted apprix 9.15 today, Highstrikers was done first thing, there at 8 a.m. The rest will drop in between 10 and 11.30 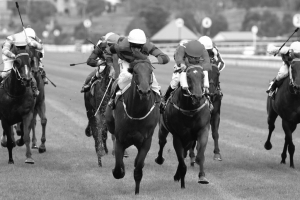