One week horses are being withdrawn because of the heat and now whole race meetings are abandoned one after the other because of the rain but that’s Australia.

On another note here’s a letter of mine that was published earlier this week.

I give the Professional Ukraine army 30 days at the most. Putin has taken the playbook of Hitler who conquered Poland in 30 days. The Blitzkrieg of Poland took out all main military targets and air defence in the first days , exactly what Putin has done. The long term battle will be different. The Ukranian people will continue to fight an underground battle, possibly for years. (by the way as we have seen in the last few days, as Hitler did and as Putin is now doing, they deliberately attack civilian targets to try to demoralise the people)

In one foul swoop Ukraine is cut off from supplies coming in from the air or sea including vital food supplies and ammunition.

One thing that the West must do if Ukraine is defeated is to immediately recognise Taiwan, and if by chance the Chinese do invade, Australia MUST cancel exports of vital minerals from Iron Ore, Coal and other needed materials.

Tell me if I’m wrong

My further view is that Australia must have Nuclear power stations, we already supply most of the worlds Uranium as it is but leave ourselves energy poor. Whichever party seizes the initiative will be the one leading us into the future.

Other than that I will be watching how things develop and of course restricting my punting to firmer tracks. 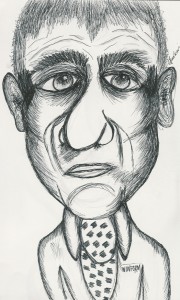