Ros and I caught up with our Sports contacts and interviewed Melbourne and Collingwood supporters which filled the streets of the city before heading to the MCG for what proved an entertaining and close matchup as we head to the finals.

The result of that match and more particularly the Freo win against the Bulldogs kept other final 8 contenders on their toes and with Cripps out Carlton are now on their tipping point still needing another win to secure their spot.

The Racing proved less interesting and we will need to go much deeper into August and on firmer tracks if we are to see more guidance.

Anyhow, it was good to get away from home but it was also sad to see the many Laneway sites now vacant and many main street shops permanently closed.

Yesterday Ros had some skin cancers cut out and I had planned to put yesterdays C Plan selection up but time did not allow. It won by the way.

Today I have chosen a mere maiden but on the Good 4 at Doomben at least and the perenial placegetter Lansborough Lad is a $2.7 fav with Marleedoone next best at $4. I do believ these two will fight it out but the reward is not great, however $37 on the 6 and $25 on the 11 will return us $100 and a profit of $38 or a div of $1.38. However if taken at Best Of The Best at Vicbet

Here’s hoping for some wild fluctuations to improve on that. 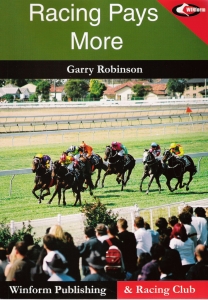 Racing Pays More was the first book that introduced the C Plan. The difference today is that you can now get plenty of ratings for zero cost you can use to play the Plan.